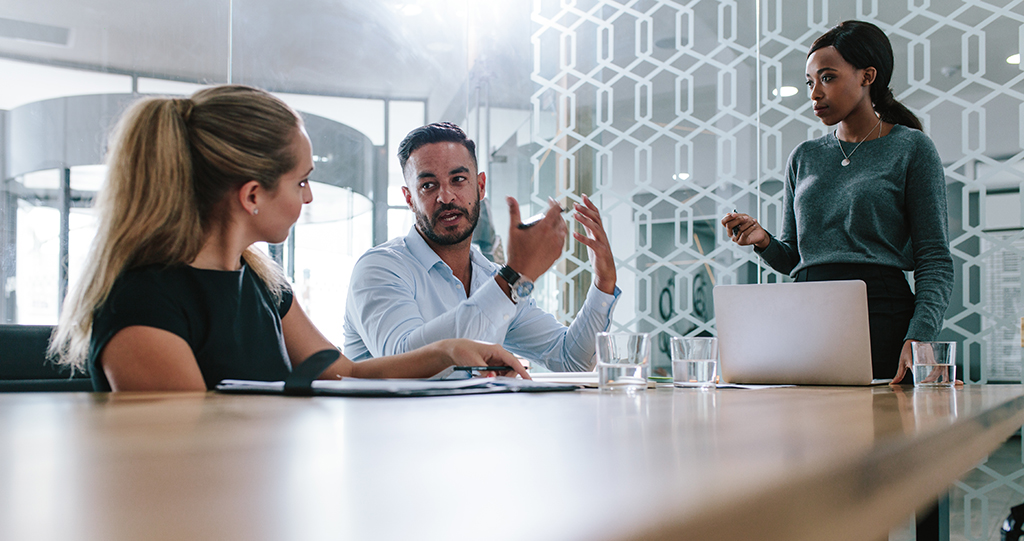 6 Steps Towards Creating Psychological Safety in your Workplace

In recent years, psychological safety has gained increasing attention as two major institutions have heralded its importance in organizational development.

First introduced in 1999 by Harvard’s Amy Edmondson in her groundbreaking paper “Psychological Safety and Learning Behavior in Work Teams,” Google followed suit with their landmark study, “Project Aristotle.” Both Edmondson and Google show that a workplace lacking in psychological safety can have dire consequences to innovation, growth, and ultimately the bottom line.

To begin understanding psychological safety’s significance, we must first define it. Edmondson, who coined the term ‘psychological safety’, describes it as a team climate characterized by “interpersonal trust and mutual respect in which people are comfortable being themselves”. Google went on to define it by asking “can we take risks on this team without feeling insecure or embarrassed?”.

In essence, psychological safety is a feeling of safety amongst employees that encourages their self-expression. It is a supportive environment where ideas are shared freely.

Psychological safety is about more than just good feelings in the office. It is a key ingredient to success; in their Project Aristotle study, Google found psychological safety was the number one predictor of a high performing team.

Named after the great philosopher Aristotle’s quote “the whole is greater than the sum of its parts,” Google conducted a four-year study which examined 180 teams to understand the factors that drive success. What they learned is that the personality or skill set of each individual team member is less significant than how the group interacts. The project researchers concluded that out of five key factors for team success, psychological safety ranked first.

In her research, Harvard’s Edmonson found that psychological safety is also a driver for innovation, which can lead to a major competitive advantage in the marketplace. She cites Pixar, the animated film studio which boasts multiple box office wins and critical acclaim. Edmonson credits Pixar President Ed Catmull’s approach as the secret behind the studio’s success. She says he himself invites critical feedback at every step of production. This leads to constant optimization: films are continually improved in the pursuit of excellence.

In addition to top performance and ingenuity, Google also found psychological safety to encourage engagement, reduce turnover, and promote employee wellness. When employees are comfortable being themselves at work, they perform better, engage more, and report higher levels of job satisfaction.

According to Edmonson and Google, the key to psychological safety in the workplace is an environment where employees are comfortable expressing their true selves without fear of negative consequences to their career, reputation, or status. When they feel empowered to be themselves, they bring their best qualities to work.

So what does this look like in practice? When a workplace is psychologically safe, all team members freely express their thoughts and ideas. They know that they won’t be attacked, demeaned, or embarrassed for who they are or what they have to say. They know that they will be received respectfully in any setting, be that a structured team meeting, during a one-on-one with the boss, or during downtime with their fellow co-workers.

For example, Pixar’s Catmull creates psychological safety in two ways. First, he himself welcomes feedback on his own work, openly and with candour. His behaviour sends a powerful message: no one at the studio is too big or too precious to not accept criticism; therefore, everyone should give and accept it freely. Secondly, he schedules regular sessions where employees gather to critique projects with the aim of improving them. The result is a workplace where ideas are valued above egos, leading to unparalleled success.

In the Absence of Psychological Safety

Employees will not bring their true selves to work in an environment where they do not feel safe — and when employees don’t feel safe, they hold back on great ideas, suggestions and questions.

The resulting effect is stifled creativity and silenced and ineffective employees. Imagine if Google’s employees didn’t feel comfortable sharing their creative spark? Where would we be if no ‘Googler’ ever suggested the search engine branch out into providing free email and document services, or acquiring YouTube?

The long-term results of psychologically unsafe workplaces are also harmful:

Such workplaces may also experience higher than typical turnover. If employees perceive that they are not supported, they will develop bad feelings about the workplace culture and will be less likely to stay for long. A negative work environment is a one-way ticket to poor retention and increased recruiting costs.

Finally, a lack of psychological safety can lead to a lack of reporting critical information. Without the encouragement to give feedback, employees may not disclose vital information that could save the company money or help it to avoid risky situations.

Imagine the risk to an airline if their ground crew don’t feel comfortable raising safety concerns to their supervisors? What about a nurse being fearful to tell his colleague that he dropped and broke a vial of medicine on the floor before it could be administered to the patient? Or an accountant that realized she made a serious mistake on year-end financial statements but was too concerned for her job security to report it?

When there is no psychological safety present, employees may not report mistakes for fear of being reprimanded. The consequences could be astronomical.

There are a lot of ways you can foster psychological safety within a team, and we encourage you to read Google’s’ recommendations and watch Harvard Business School’s Amy Edmonson’s TEDTalk on the subject for more ideas.

Here are six ways you can get started:

As Aristotle wisely stated centuries ago, the whole is truly the sum of its parts. By ensuring a team’s psychological safety, each member will know and act on this axiom to reach success together.

Robin Turnill, CPHR is founder and CEO and Laura Johnson is recruitment and communications consultant at Pivot HR Services.