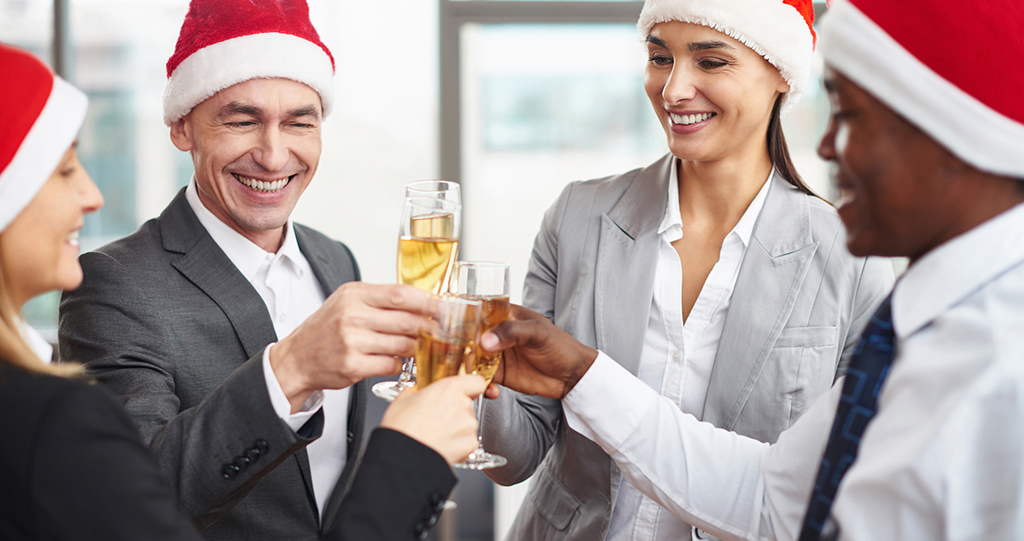 Being A Gracious (And Responsible) Employer And Employee: Holiday Parties And Other Work-Related Social Gatherings

As an employer, if you organize a company party or similar work-related social gathering for your employees, you have certain legal responsibilities.  An employer can be held liable for not taking adequate precautions to protect its employees from foreseeable and preventable harm.

In Jacobsen v. Nike Canada Ltd., [1996] B.C.J. No. 363 (S.C.), the B.C. Supreme Court considered whether Nike Canada Ltd. was liable for serious injuries which rendered the plaintiff employee a quadriplegic.

Nike had provided the employee and his co-workers with beer during work hours.  After work, the employee visited two clubs and drank more beer while in the company of one of his co-workers.  When driving home to Port Moody in the early hours of the following morning, the employee drove off a highway into a ditch and was thrown from his car.

Nike conceded that it owed the employee a duty of care.  In considering whether the company had met the standard of care owed by an employer to its employees, the Court held that Nike did not meet that standard because it provided alcohol at work, did not monitor the employee’s consumption, and took no steps to ensure the employee did not drive when impaired.  In commenting on the way in which Nike had made alcohol available at work, the Court stated:

“Nike required the employees to bring their cars to work and knew they would be driving home.  In effect, Nike made drinking and driving part of the working conditions that day.  It effectively encouraged the crew to drink without limit by making freely available large amounts of beer in an atmosphere which induced thirst and drinking games.  The supervisors, Mr. Agostino and Mr. Prasad, drank along with the crew, and made no attempts to restrict or monitor the amount the plaintiff or any of the other crew members drank.  No one told the plaintiff that some of the beer was intended for customers later in the weekend.”

The Court found Nike to be 75 per cent liable for the employee’s injuries.  The total damages for his injuries exceeded $2.5 million.

WorkSafeBC Rules in Favour of Employer

In addition to personal injury litigation, events like company parties and other work-related social gatherings may also result in workers compensation claims.  Employers should be aware of such claims because their experience rating and premiums under the applicable workers compensation scheme may be negatively affected.

In review reference no. R0116672, the Review Division at WorkSafeBC considered whether an employee had a compensable claim flowing out of injuries sustained at a company Christmas party.

The stories of the employer and the employee differed slightly.  There was, however, consensus that a third person at the party had caused the employee to stumble on the dance floor.  A physician’s report noted that she fell on her right side, hit her head and was knocked unconscious for close to a minute.

The only possible factor which favoured the employee’s claim was that she felt pressured to attend the party.  Nonetheless, the adjudicator found that in the circumstances, the employee’s participation in dancing at the Christmas party was unconnected to her employment.

Firing Offence: Okay or Not Okay?

Like employers, employees have responsibilities in relation to company parties and similar work-related social gatherings.  While they are entitled to let loose with their work colleagues outside the workplace, they are bound to conduct themselves in an appropriate manner.  They share accountability with their employer for the safety and well-being of their co-workers and must be professional and respectful.

Marriott alleged it had just cause to discharge the employee without termination notice or pay in lieu of notice because he permitted the excessive consumption of alcohol, engaged in sexually suggestive dancing, condoned an after-party where employees drank heavily, inappropriately sexually touched a female subordinate, and was dishonest when asked about the incident with his subordinate.

The Court found that there was insufficient evidence to prove the employee facilitated the excessive drinking contrary to company policy.  It also found that the employee was not guilty of any misconduct for drinking heavily because there was no policy prohibiting or restricting that.  Lastly, the Court held that there was no misconduct arising out of the after-party because Marriott did not have a policy prohibiting such parties.

However, the Court determined that the employee had committed serious misconduct when he inappropriately touched his female subordinate in a bathroom when she was intoxicated and when he propositioned her subsequent to the after-party, the next day and roughly a month after the party.  The Court found that Marriott had provided training to the employee with respect to its sexual harassment policy in advance of the party.  The Court concluded that the employee was dishonest in the course of the company investigation when he denied that he had been in the bathroom with his subordinate and that he had inappropriately touched her.

In light of all of the above, the Court concluded that Marriott had just cause to terminate the employment relationship.

No company wants to find itself in an unpleasant situation during the holiday season — especially in connection with festivities and celebration.

To reduce and eliminate legal risk and any potential liability in damages, we have consolidated some of the lessons to be learned from the case law and, in our capacity as employer counsel, suggest the following proactive steps for the benefit of employers:

Good luck in planning and hosting your company party or other work-related social gathering this holiday season.  In writing this article, it is not our intention to discourage or dissuade you from putting on such a function.  We simply wish you to be cognizant of your legal responsibilities and avoid any nasty and unnecessary incident or course of events.

If there is any employment, labour or workplace human rights issue with which we can assist, please feel free to contact our office.

James D. Kondopulos is a founding member and partner (practising through a law corporation) at the employment and labour law boutique of Roper Greyell LLP.  He has been named by Lexpert as a Leading Lawyer Under 40.  He has also been recognized by his peers as a leading lawyer in employment and labour law and listed in Best Lawyers in Canada, Who’s Who Legal and the Canadian Legal Lexpert Directory.  James can be reached by telephone at (604) 806-3865 or by e-mail at jkondopulos@ropergreyell.com.

Bobby Sangha is an associate lawyer at the employment and labour law boutique of Roper Greyell.  He advises employers in all areas of employment, labour and workplace human rights law and can be reached at (604) 806-3826 or bsangha@ropergreyell.com.

For more information about James, Bobby and their colleagues at Roper Greyell, please visit www.ropergreyell.com.

*While every effort has been made to ensure accuracy in this article, you are urged to seek specific advice on matters of concern and not to rely solely on what is contained herein.  The article is for general information purposes only and does not constitute legal advice.