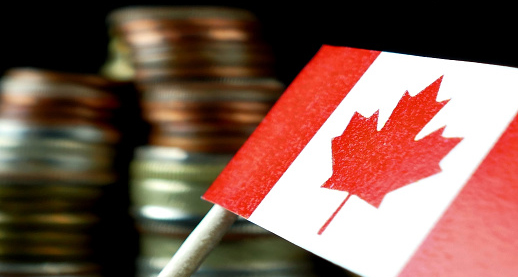 As you may know, Anthony Ariganello, CPHR, CEO of CPHR BC & Yukon, also acts as CEO of CPHR Canada.  Recently, he was invited to appear in front of the House of Commons Standing Committee on Finance in Victoria, B.C. to deliver key messages to the Federal Government on potential measures the Finance Minister can take in the next Federal Budget to assist Canadians in achieving success.

All recommendations made touched on key areas in which the HR profession is very interested.  Below are excerpts from the report that highlight the CPHR Canada’s recommendations. This is a first for CPHR Canada, and demonstrates the value we as an association, a membership and a profession can deliver.

The House of Commons Standing Committee on Finance tabled its prebudget report on Dec. 11, 2018 in the House of Commons. The report entitled, “Cultivating Competitiveness: Helping Canadians Succeed,” makes 99 recommendations they wish the Finance Minister take into account when developing Budget 2019. Of particular interest to CPHR Canada are the recommendations contained in Chapter Five.

As noted below, CPHR Canada is quoted eight times within the report, strong evidence that CPHR Canada’s brief carried considerable weight in the formulation of the recommendations.

For those looking to read the report in its entirety, we have provided a direct link for download, but here are some of the highlights as per CPHR’s input and impact with specific page references.

The Voice of Know-How
“Regarding technological changes, the Canada West Foundation said that the government should incentivize employers to change their work processes to increase knowledge and fill current job vacancies so that employers could keep up with foreign competitors. According to it, employers should also assist their employees in maintaining skills gain through training and preparing for the ongoing automation of many types of jobs. Similarly, the Chartered Professionals in Human Resources Canada thought that the government should implement policies and programs to help workers transition to the new reality where their know-how and skills no longer give them an advantage over increasingly intelligent machines and “soft skills” are increasingly more valued.”  (p.80)

The Voice of Diversity
“The Chartered Professionals in Human Resources Canada said that government should increase the diversity of the workforce by providing Indigenous Canadians with training opportunities.”  (p. 81)

The Voice of Advocacy
“The Chartered Professionals in Human Resources Canada believed that Canada should join the Global Apprenticeship Network because of its ability to mobilize the private sector, business federations and associations, share best practices as well as advocate and commit to actions for job creation and skills development.”  (p. 82)

The Voice of Mobility
“Regarding international students and new Canadians, the Chartered Professionals in Human Resources Canada stated that the government should facilitate the transition of foreign students into the Canadians workplace and ensure that new Canadians are able to apply their skills and professional qualifications in support of their families and the Canadian economy.”  (p. 86)

The Voice of Trust
“Several witnesses spoke about the Temporary Foreign Workers program. For example, PEI Select Tours Inc. commented about the unreliability and unpredictability of the program while the Canadian Chamber of Commerce, the Ontario Federation of Agriculture, the Canadian Horticultural Council, and the Chartered Professionals in Human Resources Canada suggested that the government implement a “trusted employers program” in the Temporary Foreign Workers program thereby adding flexibility to the system by allowing employees and employers to renegotiate contracts by mutual consent.”  (p. 86)

The Voice of Consultation
“The Chartered Professionals in Human Resources Canada suggested that the government should hold consultations with businesses, labour unions, and individuals in order to identify gaps and weaknesses in the current legislation regarding employment and access to support programs for those in non-traditional employment.”  (p. 91)

cphrbc @CPHRBC Is "Team Red" a good thing for an organization to have or a bad thing? Being objective can make good ideas great… https://t.co/CIiGxWnKYm