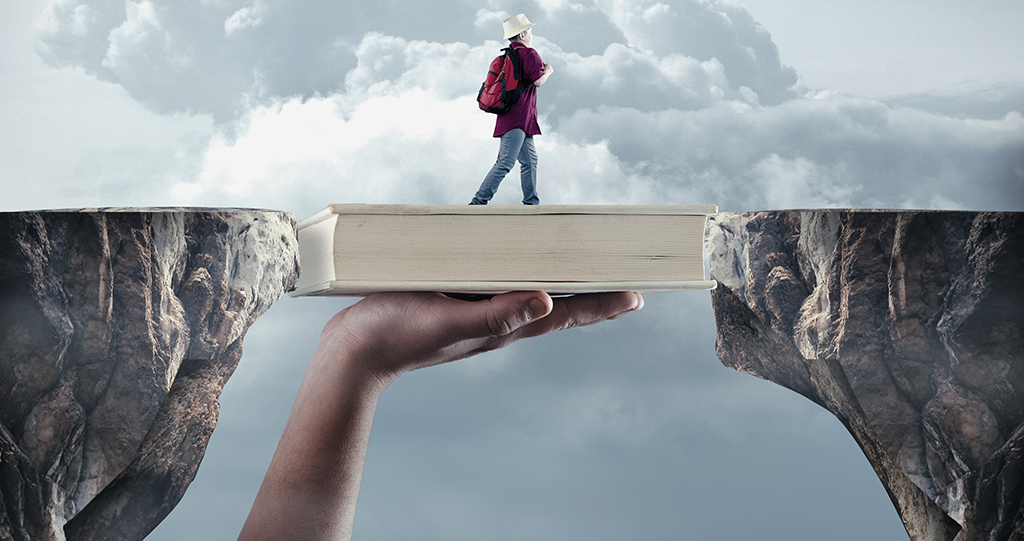 Finding The Why: The Key To Trust And Collaboration

I’m sure we’re all familiar with the word, but how do you make it happen in the workplace? Everybody knows collaboration is generally seen as positive and that it can be defined as two or more people or organizations working together by sharing resources and/or ideas and skills to achieve a common goal.

So, in a sense, collaboration is a lot like working in teams.

The benefits of collaboration are very well described and universally acknowledged. Collaboration (or working in teams) enables greater productivity and effectiveness. It encourages creativity, promotes healthy relationships and facilitates idea sharing and brainstorming.

Or is brainstorming perhaps an example of collaboration? It all gets mixed up and in a sense, that’s what collaboration is meant to be—bringing together a bunch of ideas and leaving with one new idea.

How to Collaborate Better

In his book, The Five Dysfunctions of a Team, Patrick Lencioni writes, “Trust is the foundation of real teamwork” and trust is the most critical part of building a team.

It appears that trust must come first. Without it, no collaboration will happen. Again, most people would agree that trust is a good thing. However, when asked what trust really is and how to achieve more of it, the conversation generally ends with a bunch of shoulder shrugs.

People trust each other more when they understand what each other’s motives or intentions are. They must also understand and be comfortable with what they are expected to do and why. As leaders, we must acknowledge and be aware that a very basic question is on the minds of everybody when they are told that they are expected to do something or behave in a particular way. That question is the very well-known “What’s In It For Me?” (WIIFM).

Most managers have read about that question, but seldom take specific steps to answer it. This is very closely related to Simon Sinek’s question WHY?, which he popularized in a 2009 TED Talk.

The first place to begin answering the WIIFM question is coming to an agreement on what the common goal or purpose of the group is. This seems obvious but it is seldom dealt with properly.

Everybody must agree on the value and benefits of achieving what the group wants and, probably more importantly, what each individual stands to gain from achieving the goal. Otherwise, there will not be the buy-in needed for people to work together collaboratively.

On most corporate teams or groups there must be a delicate balance between the differing compensation (salary, etc.) of each individual member and what the reward, uniform or otherwise, will be for each player on the team if the objective is met. This discussion takes time and various ideas and viewpoints must be allowed to present themselves.

The recent biography by Ashlee Vance, Elon Musk: Tesla, SpaceX, and the Quest for a Fantastic Future, presents this idea in a very graphic but unconventional way.

Elon Musk was (and still is) very outspoken and tactlessly, openly critical. When he was growing his businesses in ways that nobody had ever seen or even dreamed about, he was absolutely steadfast in his vision.

He broke all the rules and made up a different game.

He succeeded in getting previously unimagined groups of people to collaborate. Those who chose to play his game on his team, by his rules, benefited greatly and the achievements of his ventures speak for themselves. (He wants to die on Mars!)

All the Right Pieces…or Are They? It is often assumed that a team will be successful if it has all the skills and expertise needed to achieve the goal.

This is not enough.

The various specialists who have been assembled on the team must be given the opportunity to discuss and agree among themselves what they expect from each other.

To use the analogy of a hockey team, prior to going on the ice, the left-winger must be given the chance to talk to the right winger so that they each understand how they play their specialized roles and what they expect the other player to be doing in a given circumstance.

Integral to this discussion is a recognition of each other’s strengths and also weaknesses. Both players must come to an understanding of how they will benefit from helping each other with a skill that they may not each have to the same degree. It is very important that this not be seen as judgment but just frank and honest acknowledgment that everybody has a different skill set.

It is not sufficient for the leader to assume that they will just work it out as they go along. With insufficient preparation, too many mistakes will be made in the heat of the action and achieving the objective of scoring a goal or winning the game or the Stanley Cup is much less likely.

It must be stated here that the situation is a bit of a “chicken and egg” paradigm.

Which comes first, the honest discussions or trust?

Obviously, it is a little bit of both, and it is an iterative development. Nothing happens all at once. The key is to provide the opportunity for it to start and to skillfully facilitate the process. Good coaches do this.

Reinforce the Message With Rewards

The most effective way a leader can reinforce the message about the expected behaviour (i.e., collaboration) is by public acknowledgment and celebration.

When a member of the team does something that is particularly noteworthy, that person should be acknowledged publicly and given a tangible reward (perhaps a gift certificate for a dinner or something else of nominal value) and the rest of the group must be made aware of this. This can be done in a group meeting or a newsletter or through some other medium that all members of the team will see.

By seeing the kinds of behaviour that get rewarded, the other members of the team will better understand what is expected of them.

As discussed in a previous PeopleTalk article (“The Yogurt Principle in Leadership,” Winter 2017), this behaviour, positive or negative, will spread very quickly so it is very important that only the specifically desired actions are rewarded.

This kind of public rewarding and celebration also goes a long way to dispel the fear in the group that they are playing a “zero-sum game.”

In such a game, if one member gains a benefit, others will not have that benefit or, even worse, they may suffer a loss of some sort. They sense that there is not enough of the good stuff (pay raises, acknowledgment, praise, rewards, etc.) to go around so there is a feeling of competition within the group.

Obviously, there is not an infinite pool of resources but people need to feel there is “enough” so they are confident that their efforts will be appropriately recognized and rewarded regardless of what else happens in the group.

On a peer-to-peer level, it is equally important for individuals to make efforts to relate to their coworkers in such a way that trust is built.

This is just normal for human beings to look out for their own welfare. If you are really wondering (and you are), then start off the relationship in the opposite way to what you might do, instinctively. There is a tendency for people to talk about themselves first to justify their role and reinforce the idea that they fit in.

A much more powerful means to initiate and facilitate a trusting relationship is to ask questions about the other person first and learn as much as you can.

Most people think that it is good to be seen by others as “interesting.” It is actually much more powerful to be seen as “interested,” but you must be genuine. If your actions and words are consistent, people will want to be on the same team as you, because they feel comfortable around you.

Collaboration and trust are inextricably linked, but trust must come first. It is the starting point and nothing good happens unless it is there. When specific, directed efforts are spent on building trust, the results are outstanding.