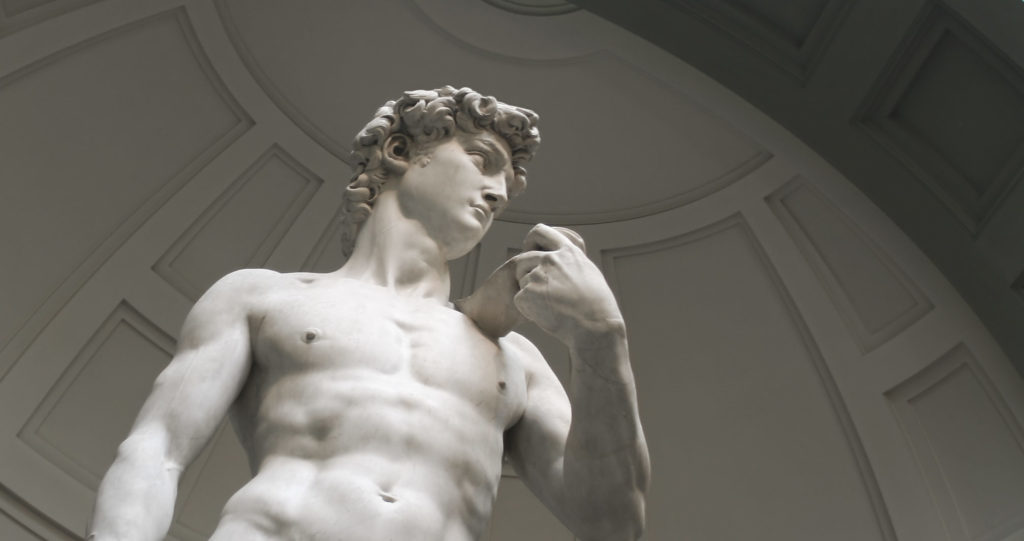 When trying to uncover the latent greatness of the introverts amongst us — and within us — we should be inspired by the words of the famous sculptor of the 16th century, Michelangelo, who carved David when he was 26 years of age: “The sculpture is already complete within the marble block before I start my work. It is already there. I just have to carve away the superfluous material.”

There are two important points here that impact everything around us.

The first is that we — as leaders, HR professionals, educators, parents, co-workers, friends — are all Michelangelo’s, and our greatest service to those whose lives we touch in any way is to help them uncover their David, a topic I had the honour to address at a recent Langara College graduation.

The second is that the introverts among us provide a special, even more obvious case of this analogy.

Consider Apple computers, the theory of relativity, iPhones, the theory of gravity, Google, music from Chopin, Peter Pan, Schindler’s List, Harry Potter. If introverts had never found a way to have their ideas brought into the open we would not have any of these things, nor many others.

When we think of well-known public names like Barack Obama, Elon Musk, Hillary Clinton, Michael Jordon, Meryl Streep, and Bill Gates adjectives such as quiet, withdrawn, antisocial, shy, or boring would hardly seem to apply. That’s because these words really don’t describe them at all, but they are all introverts.

What Makes an Introvert?

If our goal is to tap hidden talent by inspiring the introverts among us, it is useful to understand the basics. So, what is an introvert?

Though Carl Jung introduced the term in 1921, there have since been many descriptions, and there is still no single definition; however, it is generally agreed that introversion is a preference, not an inability. Many introverts, as seen from the list above, can speak in public, teach, and do other extroverted things very well when the situation calls for it, but they need to re-charge afterwards.

Susan Cain, in her landmark 2012 book, Quiet: The Power Of Introverts In a World That Can’t Stop Talking, describes a Western world that has become completely pre-occupied with the limiting view that only “socially acceptable” people are good to have on teams, or are suitable for leadership. As this definition of “acceptable” is dominated by characteristics such as speaking ability, apparent social connectedness and a pleasing, outgoing personality, it ignores a wealth of opportunity.

The result of this overwhelming bias is that many valuable ideas and thoughts are lost or never uncovered because they are held by people who for one reason or another do not express themselves with the same apparent enthusiasm. The impact of this oversight can hardly be overstated when one considers that somewhere between one third and one half of all people are introverted and those people are just as capable, if not more so, than extroverts.

It is important to distinguish between introversion and shyness. They are not the same thing but the overt characteristics of each of them do overlap frequently. Cain describes shyness as the fear of negative judgment by others. So, for example, an introvert may choose not to express their thoughts about a particular subject in a group situation because they have not had the time to refine their thinking sufficiently, whereas the shy person will not express their opinions because they are afraid that other people will judge them.

Tapping Every Brain in the Storm

As such, creating the environment and opportunities for the full spectrum of personalities is key to unlocking the innovative potential of any organization or team. And while it is a widely held belief that one of the most effective ways to generate creative solutions is to hold a brainstorming session, this too can delimit inputs. There is nothing inherently wrong with brainstorming, but this is the most common situation where the ideas of introverts tend to be overlooked. The end result is most often not optimal due to the fact that introverts simply do not generally brainstorm in the extroverted fashion which has become the norm.

Introverts tend to think carefully about what they are going to say and the conversation often moves ahead before they have formulated their words. This occurs in almost any group discussion such as a staff meeting, not just in formal organized brainstorming sessions. The meeting may conclude without the introverts having said anything at all, even though they will have had ideas that could well be very valuable.

The key to ensuring that quieter people have the opportunity to be heard is to change the format slightly. It is very helpful if the people attending the brainstorming session are told at least a day or so in advance so that they can collect their thoughts before they come. Even better, if attendees are invited to submit thoughts and ideas to the group leader before the session starts, by email or other impersonal medium, there are many more ideas offered, and the quality of the outcome is often much higher.

Alternatively, when forming groups or teams, try to have more quiet people in one group and more vocal people in another. While this has been proven to give the quieter leaders in our midst a better chance to participate in group formats, it is interesting to note that when working in pairs it is an introvert/extrovert combo often proves most effective.

Another great alternative or addition to brainstorming is brain writing, in which all participants write their thought about a particular topic on a piece of paper and then all papers are exchanged and written upon until every piece of paper has input from all of the participants. The group leader then has written opinions from all of the people concerning every idea that was submitted.

A Direct Appeal for Input

Most importantly, let’s learn to reframe questions so that everyone’s input feels valued and needed in the big picture. In a classroom or even in a small staff meeting there is a big difference between asking questions like “does anybody have any thoughts about this?” as opposed to directing a question to a specific individual, along the lines of “Mary what do you think about this?”

This may at first appear to have a higher risk of intimidating people, but experience has shown — at times timelessly — that introverts can not only change the world around us but also the way we all look at the world, just like David did when he was uncovered by Michelangelo.