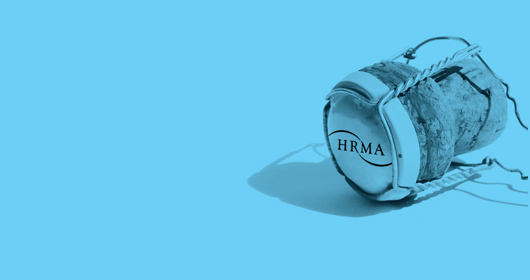 On April 16, 2014, the BC Human Resources Management Association (BC HRMA) announced the recipients of its annual awards – the HR Professional of the Year, Innovation, Rising Star and BC HRMA Honorary Life Member. BC HRMA’s Professional Awards are sponsored by The Vancouver Sun and The Province.

Award of Excellence: HR Professional of the Year

From a transition to institutional ownership to a fundamental shift in brand strategy, the past three years have been no small challenge for Christine. She successfully rolled out a corporate values program, enhanced collaboration, increased employee engagement and developed bargaining tools and processes for dealing with nine separate bargaining agents. She has a proven a propensity for ‘bringing humanity back to the workplace’. Christine’s ability to balance a solid bottom line while building a culture of listening, empathy and respect, has won her support throughout her career.

This award is given to a BC HRMA member who contributes to an organization by achieving significant business results, and by demonstrating exceptional leadership both as a personal and professional role model.

In the eyes of BC Tree Fruits (the client), Jay not only achieved the previously-thought impossible—he did so within three months. He led the bargaining team to negotiate a collective agreement that will save BC Tree Fruits $10 million over seven years. That the agreement was reached in 10 days only underlines the ROI of his contribution. Jay’s innovative approach to negotiations is a shining example of how positive labour relations and out of the box thinking can benefit any unionized environment.

This award recognizes a BC HRMA member (individual or team) that has successfully implemented an innovative and progressive program and/or project (within financial or corporate limitations) in response to a new or ongoing HR challenge or opportunity within an organization.

Fiona has defined her own generalist path rotating between different specialties, including performance management, HRIS and recruitment. She has been challenged early in her career; a company of 2300+ employees; an annual growth rate of 15-20 per cent; and HR covered in only four of the 20+ countries where Fortinet is represented worldwide. To much acclaim, she expanded and applied her multi-faceted skill set in 2012 by being the global lead for several HR programs and systems. Fiona’s pioneering spirit and significant volunteer work within the HR community round out this Rising Star.

The Rising Star Award recognizes a BC HRMA member, within the first 5 years of their HR career, who are “lighting the HR community on fire”. These young HR trailblazers hold the future of the HR profession in their hands and show the potential to go far within the field of human resources.

Simon Evans, CHRP
As the CEO of BC HRMA for the past decade, Simon has brought his lifetime of experiences in both the corporate and non-profit sectors to the betterment of both the Association and the broader industry of HR professionals. With a strategy of Voice, Value and Viability, he managed to financially stabilize the Association within three years as well as addressing greater issues of membership satisfaction and growth. A membership growth of 100 per cent and the number of members holding or pursuing their CHRP designation tripling in the last decade, is a testament to Evan’s leadership.

Hugh Finlayson, CHRP
Throughout his 25 year career Hugh has remained committed to advancing the principles of strategic HR and ongoing education alike. That combined focus has served many well, both at the negotiation table, as well as within the 60 member agencies of the BC Public School Employers’ Association. As CEO of the BCPSEA since 1999, Hugh has developed and led a series of initiatives, which have contributed to shifting the association focus from labour relations to a fundamentally more dynamic HR. A strong proponent of the Certified Human Resources Professional designation, Finlayson served a year as president of the Board of Directors from 2000-2001.

Simon Mason, CHRP
A true pioneer of human resources in British Columbia, and particularly the province’s Central Interior, Simon is celebrating 37 years of HR leadership this year. Despite ‘officially’ retiring in 2007 from School District 73 where he served for 20 years, he remains an active mentor to future generations of HR leaders. As a member of BC HRMA throughout, Mason helped found the association’s Central Interior ‘chapter’ in 1987 and his efforts served as a catalyst for increasing the membership value for members outside the Lower Mainland.

Eileen Stewart
For over 35 years, Eileen has been making HR work for businesses, educational institutions and the greater community. Having worked in leadership positions for The City of Vancouver, UBC, BCIT, UVIC and Vancouver Coast Health, her efforts have arguably shaped the working experiences of a great many who live and work in the Lower Mainland. Stewart and has been involved with BC HRMA on many levels since 1985 and has served as both president from 1988-89, as well as chair of the Leadership Forum for many years.

Honorary Life Membership is granted to a BC HRMA member who has made a sustained and significant contribution to the association and to the human resources profession in BC.

For more information on all 2014 award finalists or to learn about BC HRMA’s Professional Awards program, please visit: www.bchmra.org/awards.

Congratulations to all award recipients!