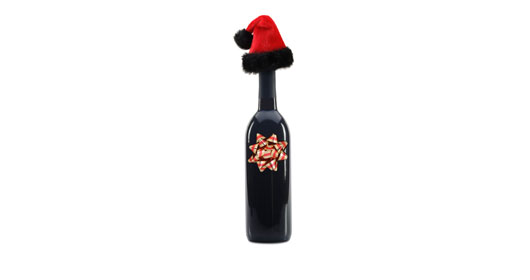 It’s that time of year when good boys and girls start looking ahead to receiving gifts and their parents anticipate the seasonal office party. Controlling alcohol consumption at those parties substantially increases the odds of parents, and their employer, having a happy and healthy holiday season.

If banning alcohol from staff events altogether isn’t satisfactory, there are many steps the employer can take to reduce the likelihood of an accident.

The employer should have a policy, governing service and consumption of alcohol at company events. The first objective of the policy is to put employees on notice that staff events are not an excuse for consuming alcohol to the point of posing a danger to themselves and others.

The policy should state that the company opposes over-consumption and, in particular, opposes the operation of vehicles (or engaging in other inherently dangerous activities) while impaired. It should emphasize that the purpose of the policy is to establish a protocol for responsible consumption of alcohol at staff events.

The second objective of the policy is to establish basic rules to ensure the manner in which the event is organized discourages excessive consumption and minimizes the risk of injury. The employer should distribute to its event organizers a list of instructions on how to, and how not to, organize a staff event. The organizers should be made to understand that organizing company events is considered to be an element of their job – failure to comply with directions could have ramifications for their employment.

Employers should communicate to the employees, in writing, that they may attend on the conditions that they will accept responsibility for their own consumption, will moderate their intake of alcohol, and will co-operate to ensure their safety (and that of others).

A selection of non-alcoholic beverages and substantial foods should be provided and guests should be encouraged to spend more time eating than drinking. Activities which keep people active and which distract them from drinking, even temporarily, are highly recommended.

Employers might consider demanding employees turn in their car keys as a condition of being served alcohol at the event. Telephone numbers for spouses or other family members can be obtained in advance in the event they need to be contacted.

The employer should appoint a trained person to monitor alcohol consumption and behaviour and to take action when impairment is detected. It should set and enforce strict limits on the number of drinks an employee may purchase (and be especially careful to eliminate “bulk” buying later in the evening) and ensure that the bar closes well prior to the end of the event.

I discourage employers from distributing free “drink tickets” or providing an “open” bar. Employees definitely shouldn’t be allowed to mix and pour their own drinks, and those who are exhibiting outward signs of impairment should not be permitted to continue drinking.

The employer should provide designated drivers or alternate means of transportation directly home for employees who have consumed alcohol. It shouldn’t be reluctant to contact the police immediately in the event a potentially impaired employee manages to leave unaccompanied.

The employer shouldn’t ever leave the decision of whether to drive in the hands of the potentially impaired employee. Most importantly, the employer shouldn’t allow a potentially impaired employee to leave the event unless accompanied by a designated driver (or by some other sober, responsible person) who has clear instructions to get the employee directly home.

The second aspect of concern for employers to address is the potential that an impaired employee’s conduct will border on harassment. A complaint of such conduct places the employer in the difficult position of determining what, exactly, occurred and of choosing an appropriate disciplinary response.

An Alberta court decision illustrated the challenges of this scenario. Hodgins was a senior manager working with the St. John Ambulance. In December, 2003 he attended a Christmas party involving the staff of the employer’s Edmonton branch and provincial headquarters.

As a result of that evening, Hodgins was the subject of four complaints of sexual harassment by one employee. The complainant alleged Hodgins had made certain ribald comments and had engaged in a minor degree of unwelcome physical contact. The reaction of Hodgins’ employer was to dismiss him after the complaints were filed.

At trial, the Court noted that compliments and physical contact between employees are “fraught with danger”. As a whole, the Court found that Hodgins’ conduct was harassing and that the instances were, individually and cumulatively, serious in the sense that they could have a detrimental impact on the workplace.

However, the conduct was not serious enough to provide just cause for the summary dismissal of Hodgins. Hodgins was, as a result, awarded $100,000 in damages for wrongful dismissal (being 12 months of salary plus an annual bonus).

To avoid situations such as these, employers should have in place a harassment policy which lays out the boundaries of acceptable conduct. It should bring the policy to the attention of employees prior to large-scale events at which it seems likely employees’ judgment may become impaired. Managers should be instructed to set a good example by remaining sober.

Emphasizing to employees – managers and non-managers alike – that careless conduct at such events is “fraught with danger” might well assist in limiting the likelihood of a regrettable outcome. If a complaint does occur, the employer must be reasonable and objective in determining what (if any) disciplinary response is warranted.

All things considered, there are many good reasons not to serve alcohol at staff events. If alcohol will be served, it pays to plan in advance to avoid accidents and complaints of objectionable behaviour.

Robert Smithson is a labour and employment lawyer, and operates Smithson Employment Law in Kelowna. For more information about his practice, or to subscribe to You Work Here, visit http://www.smithsonlaw.ca. This subject matter is provided for general informational purposes only and is not intended as legal advice.

This article was originally posted on You Work Here.

cphrbc @CPHRBC @richardzussman: BREAKING - Dr. Henry says it is now the expectation in BC that people wear a mask in public spaces. Says it is not an order. But hoping businesses will review their own polices. #bcpoli #covid19BC

h J R
cphrbc @CPHRBC Registration is open and we're filling up fast for our last symposium of 2020! #CPHR2020DI https://t.co/Qn5Q8pr6Xq