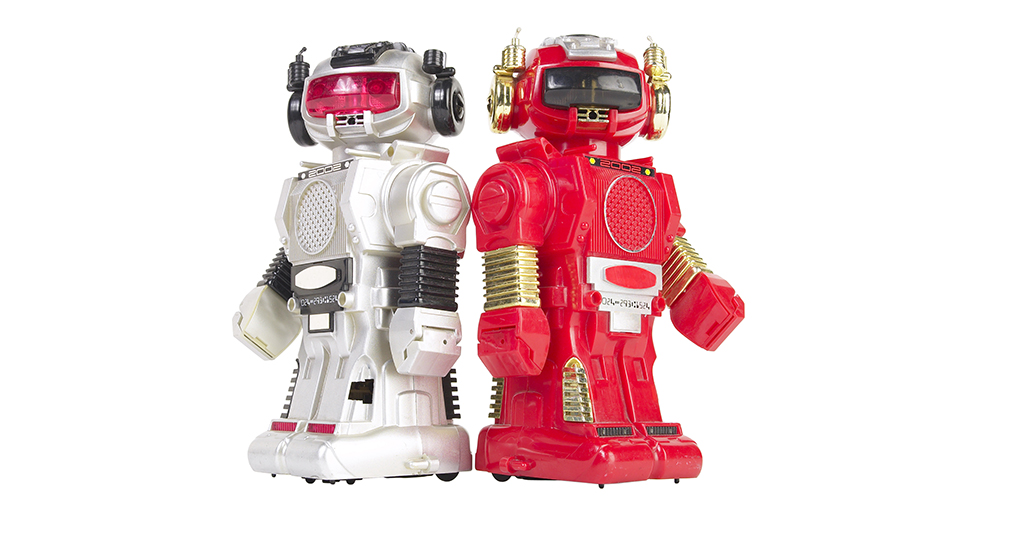 Preparing the Workplace for Augmented-Intelligence

Just how far away is the future?

Inventor Ray Kurzweil expects we will, in the relatively near future, be able to begin to directly connect our minds to the internet and AI tools. The launch of Elon Musk’s “Neuralink” shows that isn’t just sci-fi speculation, but a technology currently being developed.

Some people have noticed that in a sense we are already part way towards being wired into the Internet; a smartphone doesn’t directly plug into your brain, but it is an easy, always on-hand, device for connecting to knowledge and tools online. We are edging towards a world where humans can be super-intelligent.

If we see augmented intelligence as something that is already well on its way to being a part of life, then it worth thinking about what we, as professionals, should be doing to prepare for it.

The History of Augmented Intelligence (AI)

Tools that provide augmented intelligence pre-date computers. How does a clerk have the super-intelligence to remember where thousands of different files are? Well, they don’t actually remember; they find them by using filing cabinets with alphabetically arranged files. The filing cabinet seems mundane, but it is an invention that helped extend human intelligence. If you’ve seen an antique desk with many cubbyholes, then you’ll understand the severe limitations of a filing system that relied only on non-augmented human memory—see Things That Make us Smart by author Don Norman.

Throughout history, humans have invented tools that extend our intelligence, and those efforts are about to take an explosive leap thanks to direct connections from the brain to the internet and AIs.

If we consider the smartphone as a precursor to the kind of sci-fi link between brains and computers that futurists imagine, then it’s useful to consider how these phones augment intelligence. They can do several things to make us smarter:

I suspect the next generation of augmented intelligence tools will make us genuinely wiser in a way that goes far beyond having facts and calculation tools at our fingertips  For example, our brains are ill-equipped to see both poles of an argument simultaneously. You’ll see managers become fed up with the problem of their centralized structure and enamoured with the benefits of decentralization. They’ll change to a decentralized structure only to find that, a few years later, the problems of decentralization appear, and everyone falls in love with the benefits of centralization. Managers struggle to keep both sides of an issue in their working memory at the same time.

An existing way of extending our intelligence to deal with this kind of dilemma is to sketch out the various pros and cons on paper and seek to navigate around the middle (see Polarity Management by Barry Johnson). We know that in practice people find it hard to use this kind of paper-based tool regularly (Johnson’s book has been around since 1992 and the problem of swinging back and forth between two poles of an issue is still widespread). An AI that helped us do this kind of mapping, which we could instantly access, might make us all genuinely wiser.

One could also imagine an AI like IBM’s Watson’s Project Debater, which can form a good argument and respond to rebuttals of that argument; if plugged into our brains, might simply lead to better quality thinking all around.

What You Should do Now

In the past people who wanted to be more intelligent focused on cramming more and more stuff into their heads. In the future being more intelligent will come from interfacing with tools that augment our own intelligence. What people can do right now, is consciously improve their ability to take advantage of things that make us smart. That means being diligent about experimenting with new tools as they come out, imagining how older paper-based tools might be re-invented in an AI-enabled world, and then actually applying these tools in your own work-life. HR should encourage employees to embrace this model because it’s the super-intelligent who will thrive.

The importance of augmented intelligence will only increase over time and may happen faster than we imagine. It’s time to focus less on being smart and more on being smart about using the tools that will make us super-smart.

Register for the HR Technology Symposium + Showcase and try out some of the latest technology!