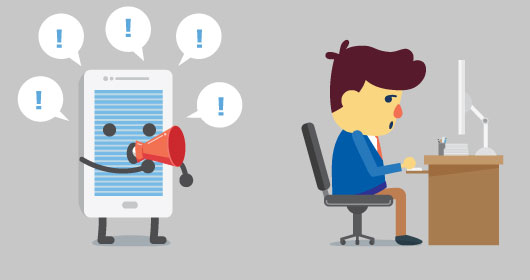 #Harassment – Do Employers Need to Protect Employees on Social Media?

There are few people in Canada who haven’t experienced some level of frustration in the context of their morning commute. Although I will preface this by expressing my firm belief in the importance of it, public transit is host to some of the most infuriating commutes.

Most of us have become skilled at repressing, suppressing or surpassing those momentary frustrations. The rest of us use Twitter.

In 2012, the Toronto Transit Commission (TTC) launched the Twitter account “@TTChelps”, an extension of its social media presence meant to “receive and respond to customer service questions and concerns.”  While no doubt well-intentioned in its effort to communicate with the public and its customers, the TTC likely did not anticipate the extent to which its employees would – publicly – become targets for abuse.

In the face of this abuse, the union representing TTC employees, the Amalgamated Transit Union, Local 113 (the ATU), launched a grievance alleging that the TTC was failing to satisfy its obligation to provide a workplace which was safe and free of harassment, focusing on the tweets to and replies from @TTChelps.

In the course of the hearing of its grievance, the ATU showed that members of the public on Twitter frequently used derogatory language to describe TTC employees (calling them things like “sh*tty bus drivers”, “retarded”, “f*cking f*ggot”, “pompous” “racist” and many, many other things). Tweeters also frequently posted threats directed at drivers (both specific and general), including:

Tweeters also posted allegations of misconduct with identifying information such as descriptions of employees, badge numbers or even pictures and video.  ATU even led evidence from a TTC street car driver who had been shocked to discover her picture on Twitter in conjunction with a tweet calling her an “a**hole and a b*tch.”

Tweets are, of course, public. Tweets tagging @TTChelps weren’t visible on the front page of its Twitter account, but could be viewed if a user was versed enough to delve into other tabs of the account or through the use of search terms. The evidence showed that when @TTChelps was tagged in a negative comment, it would often reply, but the answer was often ambivalent about abusive comments.  For example, in response to a Tweet referring to a driver as a “dick”:

The ATU also alleged that @TTChelps used language that could be read as implicitly supporting offensive tweets by apologizing or beginning a response with empathetic phrases like “unfortunately”, “that’s not good” or “we understand your concerns.”  For example, in response to a tweet criticizing a driver for not assisting a passenger with a stroller:

“Unfortunately, operators are not required to assist.”

In response to the grievance, the TTC expressed that its use of social media was important to communication with its customers.  The TTC argued that @TTChelps did not engage in harassment and was only offering expressions of empathy to its customers through the inclusion of statements such as “sorry to hear” or “sorry for the experience” in response to offensive tweets.  The TTC further pointed out that it could not control the actions of Twitter users and, even without @TTChelps, those users would post the same material using hashtags like #TTCsucks or #TTCproblems (a quick search of these terms confirms that this still occurs).

Unsurprisingly, there was no real question as to whether the acts of the offensive tweeters amounted to harassment. The real issue was whether the TTC had an obligation to do anything about those tweets and, if so, the extent of that obligation.

In a comprehensive award, the arbitrator held that “social media sites operated by the TTC” could “be considered part of the workplace” for the purposes of human rights protections, as well as the protections of the collective agreement and TTC policies.

The arbitrator also held that the TTC had not done enough to protect its employees on Twitter:

The arbitrator recognized that the TTC’s inclusion of language to express empathy in the face of complaints was “inappropriate editorialising” that ought to be removed from responses to offensive tweets.

It is common today for companies to connect with the public using social media. This case highlights the need for employers to think carefully about how they will deal with the darker aspects of online culture, and how they will respond to voices from it. The TTC was clear about its view of the utility of social media, and that utility was apparent from the evidence in this case of proper engagements by its customers on social media.  This case highlights that employers will be required to take positive steps to defend their workforce from the pitfalls of social media if they want to take advantage of this utility.

As a final point, the TTC did not have a social media policy. Your business should!

Cameron Wardell is presenting at the upcoming Legal Symposium in Victoria on September 25, 2018. For more information on this and other professional development offerings, visit www.cphrbc.ca.

Cameron Wardell is a lawyer at the Vancouver office of Mathews, Dinsdale & Clark LLP, Canada’s only labour and employment law firm with offices coast-to-coast.  Cameron’s practice extends to most aspects of labour and employment law, with a focus on the litigation and resolution of workplace disputes. Cam is on Twitter under the handle @CWardellesq. Please be respectful, he is a sensitive person.

cphrbc @CPHRBC @richardzussman: BREAKING - Dr. Henry says it is now the expectation in BC that people wear a mask in public spaces. Says it is not an order. But hoping businesses will review their own polices. #bcpoli #covid19BC

h J R
cphrbc @CPHRBC Registration is open and we're filling up fast for our last symposium of 2020! #CPHR2020DI https://t.co/Qn5Q8pr6Xq