If you’re on the lookout for the hottest job trends, WorkBC—an agency of the provincial government—recently released an updated Labour Market Outlook through to 2027.

Over the next decade, the government anticipates 917,000 job openings. Roughly 70 per cent will result from current workers transitioning into retirement. Many of these positions can be filled by younger cohorts of workers, but that won’t be enough to staff all of the vacancies expected to emerge.

The other 30 per cent of job openings will arise due to ongoing economic and industrial growth. To fill these positions, the supply of workers will have to be expanded through immigration, attracting people from other provinces and tapping into under-utilized labour pools.

A Historic Shift
In the next 20 years, B.C.’s labour force will undergo an unprecedented shift. For the first time, the pool of young workforce entrants will be smaller in size than the greying cohorts they are set to replace. As highlighted in the last two census counts, B.C.’s population aged 65 years and older is increasing, while the population of prime working age people is trending downward. The population of younger potential workers aged 15 to 24 is also in decline. All of this underscores the need to supplement the current workforce with additional sources of talent.

The labour market outlook forecasts that half of the expected job openings will be filled by individuals under age 29 who will be entering the workforce for the first time. Who will be stepping up for the other job openings? Another 15 per cent will be filled by working-age British Columbians not currently in the labour force. The assumption underlying this projection is that in an environment of strong labour demand and rising wages, more people will be drawn to work. The remaining one third of job openings will be met through interprovincial migration (9 per cent) and international immigration (27 per cent), according to the government’s analysis.

Jobs and Skills in High Demand
The updated labour market outlook shows varied patterns of job openings across industry sectors, as well as among occupations. By industry, Health Care is set to post the strongest job growth, followed by Professional, Scientific and Technical Services. Taken together, these two sectors account for over a quarter of all job openings between 2017 to 2027.

One trend that’s clear is a growing reliance on post-secondary education. More than three-quarters of job openings will require applicants with some form of post-secondary education or training—a degree, diploma, completed apprenticeship or technical credential. This speaks to the rising demand for skills in an increasingly knowledge-based economy. However, it is also a sign of “credential creep,” as jobs that previously didn’t require a post-secondary qualification now do so.

The B.C. Labour Market Outlook suggests that young adults should prepare not for a specific job-for-life, but instead for a world that rewards transferable skills, technical knowledge, and adaptable competencies. The list of top skills in demand illustrates employers’ quest for talent that complements increasingly automated processes, and adds value where machines can’t do it all: complex problem-solving, creativity, people management, coordinating with others, emotional intelligence, and leadership ability. At the same time, there will also be opportunities for people with a basic “human touch” and a capacity to communicate, e.g., health care assistants and those who care for seniors.

Below is a select list of high-demand occupations that require some form of post-secondary education or training coupled with a combination of the key skills noted above. The data are the estimated number of job openings from 2017 to 2027. 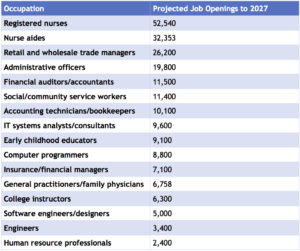 Access to Talent, Near and Far
B.C.’s job market and economy are already feeling the effects of demographic change. While the existing workforce possesses a fairly high level of skill compared to preceding generations, there are not enough qualified workers to meet the demand in all of the high-growth job fields. Moreover, many employers are finding it hard to find even less-skilled front-line staff in sectors like retail and business services. Access to labour is now a concern in every industry. It is destined to become a daily preoccupation for more and more CEOs in the next decade.

Jock Finlayson is executive vice-president and chief policy officer, and Kristine St-Laurent is senior policy analyst, with the Business Council of BC. 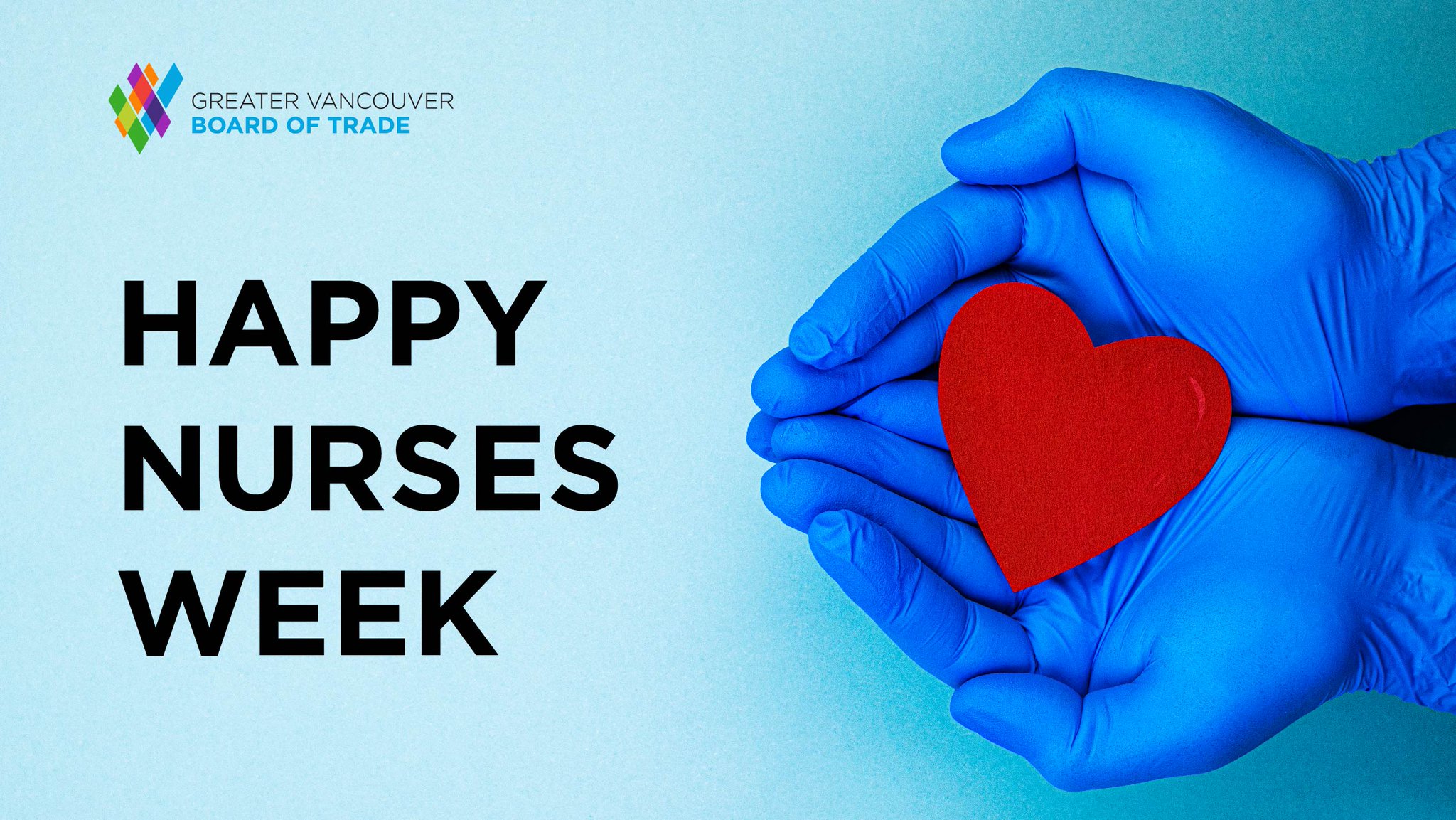