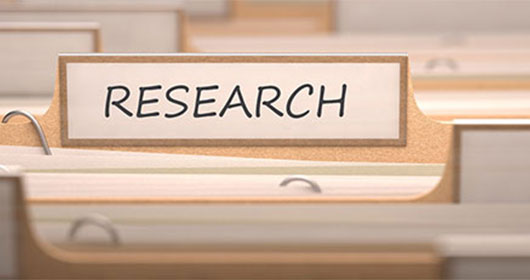 There is a dearth of popular press that assert a better understanding of generations in the workplace will lead to better recruitment, retention, succession management, communication, employee engagement and conflict resolution. In Generational Differences in the Workplace: A review of the evidence and directions for future research, Lyons and Kuron conduct a comprehensive review and analysis of findings and conclude that the “…confusing dissary of evidence generated in a variety of contexts, with different methodolgical and theoretical perspectives…” has done more to contribute to unsupported stereotypes than meaningful conclusions.

They conclude that leaders and human resource professionals must “…strive to take a balanced and critical approach to [literature] and not fan the flames by perpetuating unfounded stereotypes.” Generally, research and literature to date has been overly descriptive and ignored key tenants of generational theory.

Theoretical Foundations
Sociologist, Karl Mannheim argues that the events and context that a generation experiences in its formative years serve as the basis for a shared way of experiencing life. Mannheim combines the effects of aging, societal influences and history to say that the factors are intricately intertwined and form a ‘gestalt’ effect, where the sum is greater than any one part. Mannheim developed this theory in 1952.

Proponents argue that a generation’s identity emerges when its members enter into adulthood (17 – 25) and the collective memories from this group’s formative years are crystallized as attitudes and behaviours.

On the other end of the generational theory spectrum is the cohort perspective. Proponents of a cohort approach define concrete boundaries corresponding to a set of birth years that result in relatively fixed attitudes and behaviours. They seek to disentangle the effects of a birth cohort from maturation and history. Most work in this area focuses on differences among and between birth cohorts.

It is argued that Mannheim’s more nuanced approach to analysis framing age, period and cohort as complementary and generations as multi-dimensional help to paint a clearer picture of generational identity in the workplace.

The strength of one’s generational identity may vary by age, gender, race and education and is not tied strictly to birth cohort membership.

What is noteworthy is that shared generational identity will result in common work-related expectations expressed as psychological contracts. Any breaches of these contracts results in dissatisfaction and lack of commitment. A very important aspect of Mannheim’s 1952 theory is the transmission of values, skills and resources across generations and those interactions range from resistive to transmitive. In other words, members within a group can influence the interactions of others in the group, but that influence falls well short of a group identity resulting from year of birth.

Findings and Recommendations
Lyons and Kuron conduct a comprehensive analysis of the research on generational differences. An overriding conclusion is the lack of empiricism for much of the popular conclusions on the topic. One main challenge with the literature and apparent evidence on generational differences is the popular framework. Researchers have typically used a four-generation categorization popularized by lighter media and literature: Traditionalists, Baby Boomers, Generation X, and Generation Y.

The first challenge with many of the conclusions drawn is related to the boundaries of the four categories. As noted in text box, ‘Typical categorization birth cohorts’ below, there is great variation in the sets of generations compared. For example, the Generation X grouping incorporates a 20 year span plus or minus 10 years. Some researchers have argued that precise boundaries chosen to demarcate the generations are not crucially important. This one claim alone is sufficient to concede that the variability make any sort of aggregate conclusions extremely difficult.

Another challenge relates to national boundaries. Most of the literature tends to simply adopt the popular North American generational categories noted above.

As Mannheim noted, generations take shape within a specific socio-historical location. It is critical therefore to consider a society’s unique context before a generational scheme is adopted.

The third and most instrumental challenge to the cohort perspective is the “age-period-cohort confound.” It is quite plausible that any assumed differences in generations might be explained by maturation or the conditions of the historical period in which data is gathered. There are so few controls that can be held constant to have any meaningful comparison.

Comparing Generations in the Workplace: A review of the evidence.
Lyons and Kuron note that most of the work in this area is based on the cohort perspective and assume differences in formative influences show through in psychological and behavioural differences within the workplace. They stress importance of a more subtle, social forces view and note that many of perceived differences using the cohort model have not been substantiated.

Personality: There is a growing body of cross-temporal evidence to suggest neuroticism and narcissism are increasing with successive generations, while self-assuredness and achievement have declined (Stewart & Bernhardt, 2010). Others (Gentile, Twenge, & Campbell, 2010); Twenge & Campbell, 2001) have found increases in the generations’ self-confidence, self-rated drive to achieve and decreases in the need for social approval, empathic concern and perspective taking (Konrath et al., 2011).

Importance of Work to One’s Life (Centrality): As a result of the personality differences noted above, younger generations tend to express greater interest in careers that are expressive of extroversion and social influence.

It is critical to note recent evidence suggests personality is relatively malleable up to age 30 years. (Terracciano et al., 2010). One Canadian study revealed that extrinsic rewards are more important to a younger cohort, while intrinsic ones were positively associated with age. In other words, the older one got the more they valued things like making a meaningful contribution or sense of pride in ones work. Job entitlement, the belief the one who works hard in school is owed a good job, decreased with age.

There has not been much work done to establish precision on if and how formative experiences translate into specific work values. Studies that have been done show strong evidence of the importance of leisure, work centrality and social work values; however work values are not stable throughout one’s life and there is no clear evidence on whether these differences are maintained as a generation ages.

Work Values and Attitudes: Popular literature claim that the younger generation of workers possess a different attitude toward their work than their older coworkers. Despite modest differences in commitment, which is lowest with the Generation X group and modest downward trends in satisfaction with successive generations, the theoretical reasoning to conclude that there are substantially different work attitudes between generations is weak and the authors recommend further research in this area.

Work-Life Balance: There is however evidence to support that successive generations place an increased priority on work-life balance and such a shift is occurring in other countries as well. None of the half dozen studies controlled for confounding of age i.e. could the variables of a generational group and importance of work-life balance be influenced by other variables like age or maturation?

Teamwork: There is much talk in popular media of a generational conflict in today’s workplace. The arguments are often that older generations prefer teamwork more than the younger ones thus contributing to the multigenerational conflict on teams. There appears to be little theoretical foundation for the claim except along individual differences. One study concluded the Generation X group were more competitive, self-reliant and had a greater preference for working alone than Boomers, but no study has examined teamwork preferences of behaviours of younger or older generations.

Leadership preferences: Studies in this area come to a variety of conclusions. There is modest evidence in support of the claim that relationship-focused leadership skills characterized by interpersonal dependability, support and trust is more preferable to successive generations; while personal credibility, competence and foresight (task-focused) are less preferable. In other words “…younger generations appear to seek leaders who provide a work environment conducive to individual fulfillment…rather than task and organizational success.”

Career Patterns: “Career” refers to the various roles that people occupy and progress through. While there is much attention on the changing nature of work, the disruptive effects of technology, globalization and organizational structures, only three studies have examined this issue empirically from a generational perspective. The limited evidence suggests that careers have become less stable and successive generations are more mobile, and less likely to follow traditional upward career, despite a desire for stability.

The Implications for HR
The review of evidence from various studies suggest that there are many similarities between generations. It can also be shown that in today’s workplace, generations differ in aspects of their work values, desire for work-life balance, leadership wants and teamwork preferences.  While there is evidence in support of many differences, it is also inconsistent for others, which makes it difficult to draw sweeping conclusions.

There appears to be a clear increase in ‘individualism’ across generations; however such conclusions correspond to a larger trend in society. Material rewards and leisure appear to be increasingly desired, while work ethic and the importance of work in people’s lives are decreasing. There is evidence to support a generation that is self-centred and high in self-esteem yet suffer from increased anxiety and depression.

There is very little evidence to understand how the events that unfold throughout the course of life alter or effect the above-noted characteristics. As a result, leaders need to acknowledge and seek to get the best out of these differences in their work units while understanding that this dynamic is temporal and likely to change over time.

Organizations must also acknowledge that authority and power tend to coincide with age. In other words, there is a tendency for decision-makers to be older than those effected by their decisions. So, some of the conflict between generations in the workplace is inherent and simply a part of maturation.

Organizations must find solutions appropriate to their context and employee base. The performance review discussion/process is an example where there can be a balance between tasks (what gets done) and relationships (how tasks are accomplished) to address the needs of a cohort increasingly valuing workplace relationships. While efforts to quantify ‘engagement’ of a workforce, in an environment of more contractual/temporary job opportunities and portability of many benefits, may be futile. It is however, crucial that an ongoing inquiry and dialogue must be entrenched in a variety of forms to ensure relevance between management and their teams.

It is clear that “…past management practices cannot be assumed to work in the modern context [or] presumed to work in the future.” There continues to remain macro-issues that impact an organization’s ability to operate. Some of the workplace initiatives that employers are seeking to implement will need to be supported by legislation around that balances protection for individuals with enabling language for business solutions i.e. flexibility regarding hours of work.

Final Thoughts
The time has come to abandon simple notions of year of birth as a source of workplace differences and develop a more nuanced understanding of the differences and similarities between groups in the workplace. Exaggeration of anecdotal experiences with a handful of members within a similar age cohort will do more to fan flames for unfounded stereotypes than help with the development of relevant solutions to workforce challenges. Organizational success depends on the abilities of decision makers to understand the complexity of needs of their workforce and acknowledge those needs will evolve slowly through maturation, the influence that individuals have on one another and most importantly, the larger societal dynamic.

This article is based on the following research paper:
Lyons, S.; Kuron, L.K.J. (2013), Generational Differences in the Workplace: A review of the evidence and directions for future research. Journal of Organizational Behaviour, 35 S139-S157 Published online 17 December 2013 in Wiley Online Library.

Research Briefings are a service from HRMA’s research group. Our aim is to make it easier for HR professionals to find and apply the latest and best insight to their challenges and projects. View the full library of Research Briefings on HRMA’s online Knowledge Centre.