Boomers Bring the Experience of a Lifetime

Boomer Bust Demographics
Country-wide for the next 17 years, Canadian Baby Boomers will turn 65 at a rate of roughly 1,000 per day.  The dread of their retirement “en masse” and the resulting leadership gap is matched only by the Boomers own uncertainties regarding the future—in this at least, all generations are united.

Where the Baby Boomers differ is in their ability to share the experience of a lifetime—their own—and leave a legacy of lasting leadership via lessons learned longer ago than most of the workforce.  At our core, as human beings, we learn most readily from one another; the stories we tell have offered crucial information since before the written word—to say nothing of social media.

As HR, recruiters, managers, and employees alike cast ever wider and more innovative organizational nets in search of solutions to the impending, if not upon us, labour and skills shortages, might we begin by looking to our leaders within?

The Ergonomics of Innovation
That the Boomer generation has begun its swing towards retirement is undeniable, as are the organizational changes in its wake. How then to best draw upon this pool of talent now and draw lasting benefits from their wealth of wisdom and knowledge?

As obvious as it seems, we could begin by asking.

Moreover, as is required to for any sustained innovation in the workplace, organizations need to embrace the values of learning and reverence—along with fresh attitudes and practices conducive to making the most of the Boomers’ invaluable know-how, while stretching their remaining years at work.

That Baby Boomers gained much of their knowledge and experience in a world without so much of the technology taken widely for granted today, has also equipped them with a different set of knowledge tools.  Their generation learned early of the efforts required to acquire knowledge and to master valuable skills. More critically, in a world of immediate online gratification of information or otherwise, that focus remains undiminished.

Indeed, people in their 50’s and 60’s typically demonstrate social and communicative intelligences that have deep roots in decades of proficiency; the rich soil from which their stories of life and work have formed over time.

Experience Amidst Ongoing Change
Moreover, in the midst of ongoing demand for change management, the role of the Boomer remains one of seasoned leadership. Admittedly, as with many Gen-Xers, numerous Boomers are stressed by juggling multiple demands of personal life needs and responsibilities. Given the GenY unemployment figures around the globe, it is fair to say everyone in, or out, of the workplace, is feeling the effects of the converging demographic challenges.

However, by virtue of being deeply experienced, they often demonstrate remarkable abilities to focus and find opportunity where others see only challenges.

Author and leadership consultant David Whyte draws upon the metaphor of an older, but tremendously effective Irish sheep dog. While the younger dogs would run up the hills to herd the sheep, this old dog had learned to economize his energy and take the precise position whereby the sheep moved with ease and flow.

Indeed, the depth and breadth of experience that is engrained among seasoned employees often enables them to be efficient, productive and engaged—in ways beyond the strategic imagination of younger generations.

Combined with their discipline, work ethic and determination, Boomers possess core leadership attributes that smart employers and HR professional readily recognize and are eager to employ.

Attitudinal Shift Needed
In spite of this, and even though mandatory retirement has been eliminated across Canada, the notion that turning 65 years of age is akin to reaching an expiry date has not yet itself fully expired.

Not only does this stand in sorry contrast with the reverence of elders in traditional world cultures less blessed with the graces of civilization as our own, it reminds us that while anti-bullying legislation presides over the BC workplace—agism lingers.

Christina Matz-Costa, senior research associate at the Sloan Center on Aging and Work, recently published an article that the vast majority of Baby Boomers were actively involved with work and life alike. A full 92 per cent of people aged 55 to 64 where involved with paid work, volunteering, caregiving or educational activities—as were 76 per cent of those 65 and older. Nor was their involvement casual, but meaningful; they were enthusiastically dedicated and absorbed in such activities.  In short, they were engaged in a way that moved them with a deeper purpose and ongoing challenge.

Disengagement NOT a Fact of Life
Matz-Costa notes that though many cling to the notion that older adults become disengaged, this study demonstrates the exact opposite to be true. Furthermore, her research also found that adults over 50, on average, are more engaged in paid work, volunteering and education than their peers under 50.

Consider the results of a job-related training study of older workers conducted by Statistics Canada; it shows that the participation rate in employer-supported training among workers aged 55-64 more than doubled between 1991 and 2008. The study also found that older workers were less likely to identify barriers to training.

Neuroscience has also done its share to support new attitudes about the brain’s capacities among elders.  Having discovered the brain’s plasticity, we now know that learning and growing new neural pathways is a common daily occurrence across the entirety of our lifespans.

In the world of people leadership, we all know someone who has helped to shift our attitudes and dispel lingering myths of age.  Jan Furst, a former marine engineer with a deep appreciation for nature who told wondrous stories, helped open my eyes to the potential we all posses. He fenced to keep himself fit all the way into his mid-90s and taught himself to use computers in his late 80s when he was inspired to write his second book.  Most importantly, he never stopped sharing his learnings..

Learning Mindset + Reciprocal Mentoring
When people embrace a learning mindset, explain Greenberg and Maymin in Profit from the Positive, they tend to focus more on sustaining effort towards gaining competence. In contrast, those with the performance mindset tend to focus more on the thrill of demonstrating abilities.

According to research, those “performer” types are more likely to give up or quit when faced with a challenging assignment that presents a learning opportunity.  This is where a seasoned employee mentoring and championing the efforts of a younger one can support, draw out the best and encourage throughout the learning process. In turn, a techno-savy twenty something might help his senior mentor to learn a new software program, keep abreast of fresh techno ideas or become better aware of ways to monetize social media.

Leadership + Shared Stories + Reverence
Considering the timeless power of story-telling to help inspire resilience and transfer work-related wisdom in a casual but captivating way, organizations would benefit from generating such opportunities.

Through the stories told, each person gets to share the legacy and present day problems often take on fresh perspective.  By hearing, integrating and honouring the profound experience among the human pillars of an organization, a deeper conversation and sense of meaning is generated which in turns enriches the work culture.

What’s more, a culture enhanced by a steady infusion of reverence can serve to counter the risk of cynical attitudes and re-invigorate the heart of any business. Old truths may yet bear the freshest fruits for organizations and individuals of all ages. 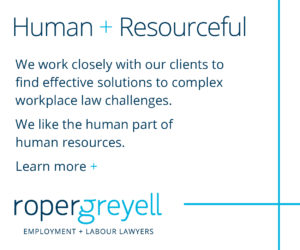 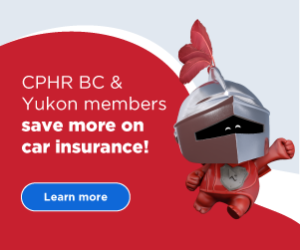