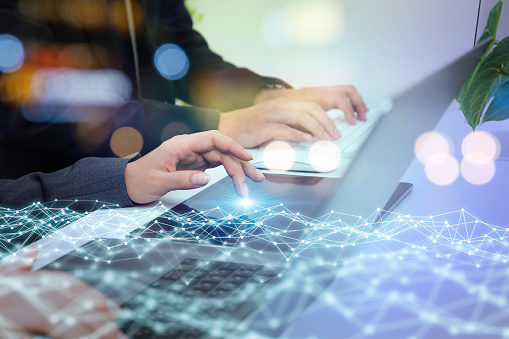 When Vancity undertook a large-scale system conversion that required significant resources across the organization and additional information technology (IT) resources, the credit union was looking for skilled testers who could quickly learn a highly-complex system, apply that knowledge in new functional areas and go through testing. Not having the sufficient resources in-house, Vancity worked with Focus Professional Services to contract individuals to complete this work.

A Focus on Autism and Opportunity

Vancity partnered with Focus Professional Services. Focus’ mandate is to provide IT services, contracting out employees that are trained through its program. Most of the employees at Focus are on the autism spectrum. The process they went through together is detailed below:

In November 2014, Focus had just completed its first onboarding of new employees when Vancity requested their services to supplement their software testing and data quality teams in their system conversion project. The contract began December 1, 2014 and involved Focus supplying a team lead, six software testers on the autism spectrum, and two data quality technicians also on the spectrum.

Focus’ employees had been through their workplace skills training, as well as software testing training and were keen and excited to start their first work assignment.

In preparation, to introduce autism in the workplace to Vancity, Focus presented their Autism in the Workplace training to approximately 200 Vancity employees. Through the duration of the contract, Focus also provided ongoing autism-related support to Vancity’s managers and team members working with their employees. Focus’ intent, over time, is to transfer their autism knowledge to their clients, normalizing neurodiversity in the workplace.

Autism in the Workplace Session: Vancity was aware that some of their staff had never worked with someone with autism before. In order to ensure that the integration of the Focus team was successful, they held a session to help employees understand what autism is, and what it isn’t. The session also provided employees the opportunity to ask questions in a safe space, so that any misconceptions or myths could be openly discussed. This session led to a better understanding by all employees involved.

Outcomes and Lessons Learned: Over the one year contract, the Focus team became knowledgeable in 15+ functional areas through functional testing processes and system testing. During this time, the Vancity team lead remarked on the team’s impressive knowledge of the system. Focus was able to keep pace with the Vancity software testers and, in addition, created test data as needed by the project. Because of the effectiveness and efficiency of the Focus software testing team, Vancity was able to re-deploy two existing employees to other areas of the IT project.

Vancity and Focus both learned a great deal during this process, including the importance of:

Understanding Neurodiverse Individuals are as Diverse as Neurotypical Individuals: Individuals on the autism spectrum are as diverse as individuals not on the spectrum. They are diverse in their capabilities and talents, and should not be grouped together simply because they have autism. There are a lot of myths about people with autism doing well in repetitive, technical jobs. While that might be true for some individuals, that is not necessarily true for all. In addition, individuals with autism can also excel in jobs that require critical thinking, research and analysis.

Giving People a Space to Ask Questions: Having a session for employees on understanding autism in the workplace was helpful for the team as it provided employees a chance to ask questions in a safe, open environment. This led to a better understanding and allowed the new employees to integrate more successfully into the Vancity environment.

Next Steps: The contract with Focus was renewed for an additional year, with the team integrating into other projects and learning an additional 30 functional areas.

Focus Professional Services is an IT company based in Vancouver, B.C. They provide various IT testing services to organizations relying on the exceptional strengths and talents of their IT candidates, most of whom are individuals with autism. Their vision is to support and influence the social agenda in B.C. and normalize neurodiversity in the workplace.