Empathy 101: Why are Soft-Skills so Hard?

While neuroscience has had ripple effects across various fields of endeavour, one thing that has united them all is that we human beings are “wired to be social and empathetic.” Indeed, it is said that the brain is a social organ.

Empathy Thrives as Exercised
If that is so, why are there managers, leaders and even some HR professionals who find it difficult to consistently access these traits—to provide a genuine and empathetic response—when it’s most needed at work? The answer to this arises from a complex set of factors for which neuroscience offers further explanation.

Much depends upon our experiences, our opportunities, our occupation and the occasions they bring to bring interact and actually exercise our empathetic capabilities; without firm practice grounds, it can be challenging to find the right words, response or demeanour. Unfortunately, if we are interacting primarily through technology, day after day, at work and at home, we have fewer opportunities ‘work’ that empathy muscle and strengthen the pre-frontal cortex which is the part of the brain from which empathy stems.

Meditating on Neuroscience
Fortunately, practice does help perfect if not make perfect. As it turns out, neuroscience research shows that the “wiring” in our brains grows and develops according to what we do and utilize most. For example, in his book The Brain that Changes Itself, refers to a study revealing that in most taxi drivers the area of the brain which is wired for geography is highly developed.

Similarly, neuroscientist Richard Davidson of the University of Wisconsin has studied the brains of hundreds of advanced practitioners of meditation, among them renowned Buddhist monk Mathieu Ricard. By wiring Ricard’s head with 256 sensors, resulting scans showed that when meditating on compassion, Ricard’s brain produces a marked level of gamma waves which are linked to consciousness, attention, learning and memory.

Additionally, Davidson was amazed to find out that the scans showed excessive activity in his brain’s left prefrontal cortex compared to its right counterpart, allowing Ricard an abnormally large capacity for happiness and a significantly-reduced propensity towards negativity. This research further validates the need for cultivating mindfulness at work, and perhaps even including meditation practices among teams at lunch time as some companies do.

Soft-Skills Promote Productivity
In interview, relational enhancement/conflict resolution and EQ specialist Dr. Rob Hershorn emphasized that though they may be difficult for some to master, soft-skills are necessary to sustainable workplace success. Hershorn quoted research by Drake, Bean and Morin, stating that 65 per cent of performance problems at work are attributed to tense relations between co-workers. This speaks to the need for significant improvement in the development of soft skills so that more harmonious working relationships can be realized.

Hershorn points out that without some level of mastery of these skills, including clear communication, it is difficult to address and dissolve tensions that may arise over the course of a normal working day or week. Left unacknowledged and not appropriately expressed these tensions are more likely to intensify, create rifts between people, and lead to conflicts that could intensify toxicity in the workplace.

Ego Derails EQ Opportunity
Regarding gender difference on these soft-skill sets, Hershorn states that women are generally more naturally-inclined to have, learn and use these skills. While there has been much progress in recent years, men have traditionally been more ego-driven, and this type of behaviour is often reflected in their interactions He adds that this, often unintentional, ego-drive among some men leads to alpha-behaviours which compels such individuals to be defensive and reactionary. Obviously, this type of posturing goes directly against the current of soft skills which value empathy, compassion and other collaborative traits over traditional competitive values.

Additionally, deep seated beliefs of the ego-driven often interfere with a willingness to learn and use soft skills.  For example, a prominent and controversial figure in the U.S. political scene recently addressed an audience of veterans, many of whom would have post-traumatic stress disorder (PTSD). He told them that if they are traumatized, it stemmed from the fact that they are not strong enough and just “can’t handle it.”  Evidently, this empathy-lacking assertion also indicates a lack of understanding of PTSD, and a mistaken belief that men can avoid such trauma by simply putting up a “strong” front. That these ego-driven traits exist at even the highest levels of leadership is testament to the ongoing challenge.

Comparatively, while our West Coast culture is considered to be evolved, there are still “command and control” types of men and women in the workplace who would rather not have to deal with anything emotional.  Sometimes, their sense of haste is used as an excuse to skip social graces in the name of efficiency and to just apply the “command and control” approach. For such individuals, empathy might be wrongly equated with pity or coddling, for which they simply “have no time.” Instead, they would be wise to realize that soft skills, along with empathy, can help leaders at all levels to better understand and draw the best, including more productivity, from their employees.

Soft-Skills across Personalities
Naturally, people are people, as and personalities will range, so too will communication styles and expectations. Across the diverse personalities sharing any given workplace, no one appreciates the wide spectrum of abilities regarding soft skills as do HR professionals. One system of assessment I have found valuable in my coaching practice is the personality assessment system called True Colors, in which diversity is categorized into four, colour-coded, primary personality types referred to as Blue, Gold, Green, and Orange.

Each of these personalities and temperament patterns has characteristics, natural propensities and abilities according to what they value and what motivates them.  For example, Blue-dominant individuals tend to be relationship-centred while Golds are authority-centred, whereas Greens are more focused on the conceptual and logical realms and Orange-dominant people are said to be impact-centred.  Across these varied personalities, it would be expected that the Blue-dominant employees are naturally inclined to value relationships, but all need and possess the skills to communicate well and work together.

Is Over-Empathizing Possible?
Consider an HR professional who has great soft skills and is particularly eager to respond with empathy when employees are experiencing personal or professional challenges.  What if, however, over time, an employee is demonstrating a pattern of disengagement and even disinterest in his work?  Empathy in lieu of action is equally ineffective.

Even with strong self-awareness skills, we all have blind spots within the parameters of our behaviours and their impact. Hence we should be vigilant, keep questioning our approach, remain in conversation with others and stay closely attuned to our True North.

Being oriented by our core values, and grounded in mindfulness, regardless of our personality type, we can all make greater strides with a continued focus on soft-skills throughout the workplace—the end result being greater collaboration, harmony and productivity. 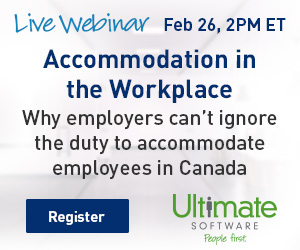