Aman* was recruited to senior management in the head office of a pharmaceutical company just six months after arriving in Canada. He came highly recommended and was poised to advance quickly through the ranks. It came as a great shock to him when he learned in his second month that his job was in jeopardy. Apparently his superiors were puzzled and disappointed by his lack of initiative. Aman was equally puzzled. In his prior role as operations manager at the Middle Eastern branch of a chemical engineering firm, his supervisors had given him constant direction and actively guided his progress. Since joining the new company he had received little, if any, guidance from peers or mentors and felt that the communication from superiors was insufficient for him to perform his duties effectively. His transition into the Canadian workforce had not been a great success, despite his considerable professional qualifications.

HR practitioners know that new hires take time to reach full capacity, to reach the “Break Even Point” when they stop drawing down a company’s bottom line and start generating revenue. There is growing awareness, too, that while executives may come from another country with perfect English and the perfect education, it’s very likely that they will lack an understanding of our corporate customs. While companies will spend time and resources preparing for sales meetings with foreign clients in order to plan for cross-cultural scenarios that may jeopardize a contract, they seldom dedicate the same resources to ensuring a smooth transition for their new foreign employee. Realizing a return on your HR investment is hampered by this reality.

One of the most common stumbling blocks for new corporate citizens is the lack of a formal “hierarchy” in Canadian society: where other cultures have immutable rules about who can speak to whom and in what context, our society is more fluid and interactions don’t always follow a script based on social standing or titles. Navigating the ‘norms’ of behaviour in a boardroom can be a challenge, and you don’t have to be from another continent to get lost on the journey.

Jackie* had been in the Vancouver office for several weeks after transferring from Michigan and it struck her that she was the only member of the management team who would speak out during the weekly strategy sessions. While she would question points raised by her superiors and argue her position during the meetings, her peers would stay silent or only speak out when in favour of a particular decision. She noticed that ‘mini-meetings’ would occur after each session, during which her colleagues would talk to their manager privately. She was frustrated at being excluded and confused by the lack of participation in the boardroom discussions.

Canada’s corporate landscape is defined by its diversity; countless nationalities are represented in offices across the country. Employers can avoid falling into the cross-cultural gap by acknowledging the potential for misunderstanding and addressing it in a proactive, rather than reactive, manner.

Chances are your foreign employee is struggling with the culture shift and it’s important that you intervene. It can be as simple as finding a mentor, or partner, within your firm that shares their cultural background, or initiating a direct dialogue with your new employee to address their concerns head-on. Don’t let anxiety undermine your original decision to hire this individual. Understand that your employee is just as frustrated as you are at their apparent inability to get up to speed.

If it’s broken, you can probably fix it, but looking down the road you’d be wise to take steps to help your new employees before the problems start. Whether you develop an in-house program or engage the expertise of an independent on-boarding specialist, a small investment in time and money will smooth cross-cultural transitions and accelerate your company’s journey to the Break Even Point.

Katherine Craig of Spearhead Executive Coaching has developed the New Hire Coaching Program, an innovative tool that addresses corporate on-boarding for Canadians and those from abroad. 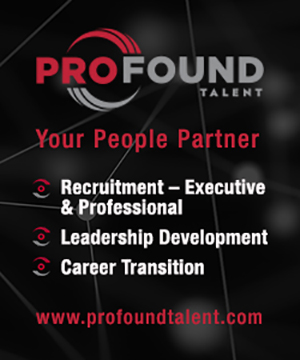