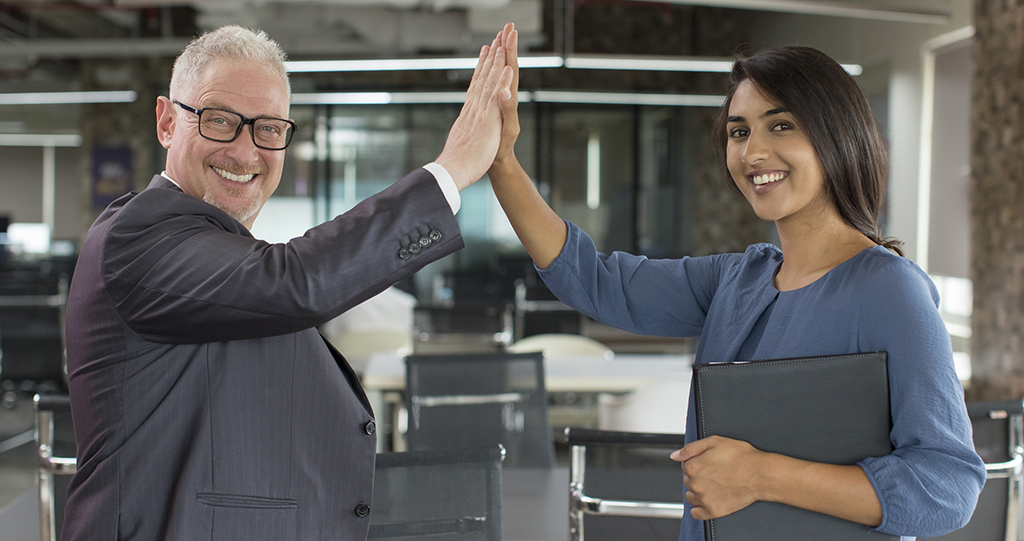 Is Work ‘A Golden Country Club’? 3 Strategies to Embrace Diversity in the Workplace

I’ve coached many managers and leaders who feel diversity and inclusion have no bearing on their office culture or their organization’s ability to innovate and succeed. As such, they pay little, if any, attention to D&I when hiring and developing company policies and procedures.

An example of this emerged during a client’s group coaching session, in which Todd, a department manager, said that he never considered race, gender, or any other aspect of diversity when hiring. “I just hire the best person for the job,” he emphatically declared.

Moments earlier, a colleague from outside his department had just revealed that Todd’s team was known as the “golden country club” for its lack of diversity and boys’ club vibe. This was not news to Todd—he was well aware of his group’s reputation. In addition, he had heard others outside the department refer to his team as the “workplace fraternity,” and now that he had the floor, he was explaining just how the demographics and culture of his team had come about and why they weren’t an issue.

Just then, a newer member of Todd’s team, Michael, spoke up. He shared that his wife had challenged him recently, stating that he was oblivious to the fact that all of his direct reports were white, heterosexual males between the ages of thirty and sixty—just like him. Not only were all of his direct reports members of that demographic, but the entire department was homogeneous and it had been that way for decades. Unlike Todd, Michael was beginning to see why this was an issue.

After the session, Michael approached me to request one-on-one coaching. He said that “things are pretty good around here,” but after his wife’s comment, he couldn’t just maintain the status quo. She had been experiencing blatant gender discrimination at work, and he was deeply bothered by the realization that his team dynamics were strikingly similar to the ones at his wife’s organization. After hearing about her experience, he had begun to understand how problematic it was. He was visibly emotional when he said, “I had to look my wife in the eye and admit that I’ve been contributing to the system that is causing her so much distress.”

Michael wanted to explore ways to bring more diversity into the department, but he was apprehensive about how shaking things up would be received by his peers. Todd’s resistance to acknowledging that his department had any issues was a perfect example.

Does this sound like your situation? How can organizations, managers, and even everyday employees challenge the status quo? There are three important takeaways from this story:

Organizations need to open their eyes and ears to the ways in which subtle discrimination and unconscious bias manifest in the workplace. In this case, Todd didn’t think he was exclusionary because he “doesn’t see differences,” but the makeup of his department told a very different story.

Sometimes we have to voice the bad to get to the good, and that requires creating a space where people feel comfortable sharing things they may not be proud of. Despite the current flaws in his department’s culture, at least Michael felt comfortable sharing his concerns with his peers. Then later, coaching provided him a safe space in which to discuss the circumstances one-on-one, which opened the doors for positive change at his organization.

We must also call out the flawed thinking that hinders progress. If the Todd in our organization says, “I just hire the best person for the job,” we should respond, “Great, that is exactly what we all want to do throughout our organization. Let’s discuss how increasing diversity helps us ensure that we acquire and retain top talent.” The unspoken truth in Todd’s statement is that some leaders feel that hiring with a diversity lens means settling for less than the “best.” That myth needs to be challenged and corrected with awareness and coaching to get to the source of the fallacy.

Anyone can conform to his or her organization. I’m challenging you to look for opportunities to transform your organization and empower your employees to do the same. Will you?

La’Wana Harris is a Certified Diversity Executive and an ICF Credentialed Coach who has created diversity and inclusion awareness programs, cultural competence programs, and overall integrated management solutions. Throughout her career as a global leadership development professional, she has conducted trainings around the world, including the United States, Canada, Europe, Asia, and South Africa. She is the author of, Diversity Beyond Lip Service: A Coaching Guide for Challenging Bias. Learn more at lawanaharris.com.